Paediatric and thoracic surgeons are trained in Taulinoplastia, the innovative technique to treat Pectus Excavatum 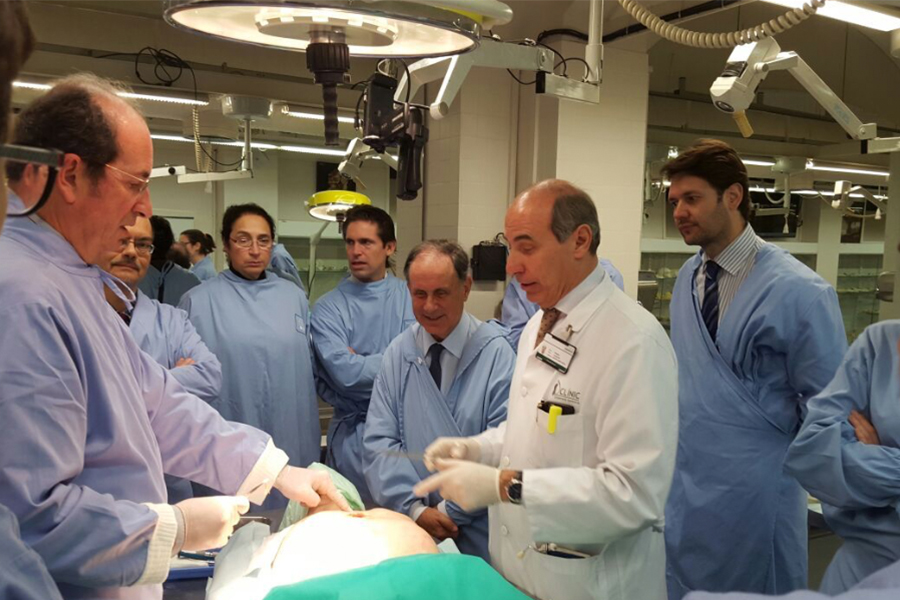 About thirty paediatric and thoracic surgeons from different regions of Spain attended, at the University of Barcelona, a training session about Taulinoplastia, the new technique for the Pectus Excavatum treatment.

Pectus Excavatum, the most frequent congenital deformation of the ribcage in children and teenagers, occurs in about 1 out of 800-1000 births. Until the invention of the new surgical technique, the Taulinoplastia had a complex and particularly painful surgical solution. Since 2010, Ventura Medical Technologies has improved the situation: a new implant has been developed to provide the patients with a Pectus Excavatum treatment with an extrathoracic and accurate way, entailing very few intraoperative risks, and implying a short and less painful recovery.

After a long improvement process and a period of tests, Pectus Up Surgery Kit is finally implemented and it is a clear alternative for those affected by the thoracic malformation and for the surgeons specialised in these diseases. This change in tendency has made professionals interest grow in order to learn the details and the possibilities of the innovative device.

During the training sessions, all participants could practise using the new extrathoracic device and found out the main features of the Pectus Up Surgery Kit. There was great expectation due to the paradigm shift that the new implant entails; most of the surgeons who took part in the training sessions regard the method as the best alternative for the Pectus Excavatum treatment, motivated by the little complexity and the efficiency of the process. In addition, all the attendees pointed out that soon they are going to treat their patients using this new technique.