FIRST PECTUS UP SURGERY IN COLOMBIA IN 2019 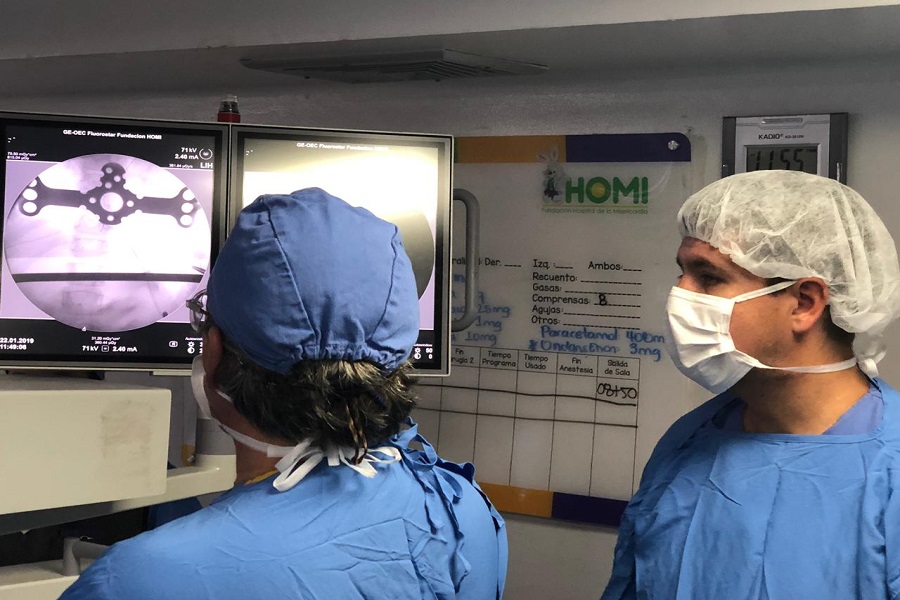 On January 22, Dr. Fernando Fierro Ávila, along with Dr. Jorge Ricardo Beltrán, operated with Pectus Up on a 10 year-old patient. This has been the first surgery this year in Colombia.

The surgery took place at the Hospital de la Misericordia (HOMI), in Bogotá, a private non-profit institution dedicated to the diagnosis and treatment of highly complex diseases in children. The HOMI was the first to practice and teach pediatrics in Colombia, 120 years ago, and nowadays it is the most important hospital for children in the country.

With this new operation, Pectus Up is consolidated in Colombia by Biomedisys, distributor of Ventura Medical Technologies products there. In June 2017, the health registration of the product was granted in Colombia, following the resolution of the Dirección de Dispositivos Médicos del Instituto Nacional de Vigilancia del Medicamento (INVIMA). Since then, many patients affected by Pectus Excavatum are now eligible for treatment with the Pectus Uptechnique, which is minimally invasive, easy to implant, and dramatically reduces hospital stay and post-operative recovery times.

Dr. Fernando Fierro Ávila is a specialist in pediatric surgery and a lecturer at the National University of Colombia, in Bogotá. He was the surgeon that performed the first intervention with Pectus Up in his country, at that time to a 13-year-old patient. Dr. Fierro had attended a training course in Barcelona at the end of September 2017 and since then he has successfully operated on several patients, all of them with satisfying results and a positive evolution.

As for Dr. Jorge Ricardo Beltrán, he is one of the finest specialists in pediatric surgery in Bogotá, an expert in angiomas, with more than ten years of experience in prestigious institutions such as the Clínica del Country.

The Pectus Up Surgery Kit, an extrathoracic implant developed by Ventura Medical Technologies, allows the Pectus Excavatum to be fixed in a minimally invasive and painless way. The OR time is less than previous methods time, the patient has less pain, he usually remains in hospital for two or three days, and does not require intensive care after the surgery. Therefore, recovery is much faster, and normal life can be resumed in less time than with other techniques. The implant is removed after three or four years by a simple and risk-free procedure, yet it can remain in the sternum for much longer.

At present, Pectus Up is available in Spain, France, Italy, the UK and Portugal in Europe, and in Colombia and Mexico in Latin America. It will be soon  marketed in Morocco, Peru and Chile.