FIRST PECTUS UP SURGERY TO A PATIENT WITH MARFAN SYNDROME PERFORMED BY DR. ANDRÉS VARELA

Home » FIRST PECTUS UP SURGERY TO A PATIENT WITH MARFAN SYNDROME PERFORMED BY DR. ANDRÉS VARELA 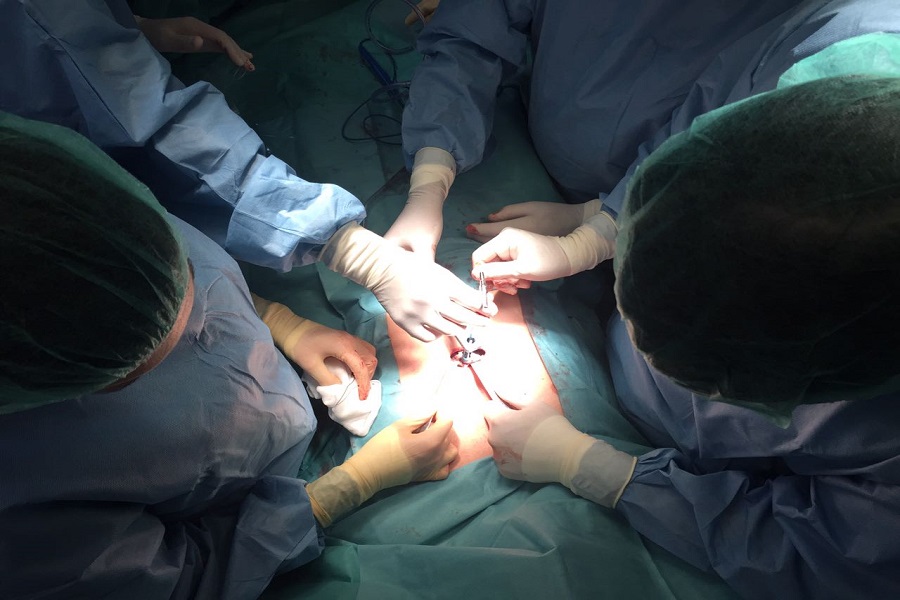 Hospital Puerta de Hierro was once again the stage of a new operation with Pectus Up, this time the first one on a patient with Marfan syndrome.

This is the first time that a patient affected by Marfan syndrome is operated on for Pectus Excavatum with Pectus Up, the extrathoracic implant developed by Ventura Medical Technologies.

Marfan syndrome is an inherited disorder that involves a morphological alteration affecting the skeleton, ligaments and muscles, caused by bone growth differences and ligament weakness. The damage caused by Marfan syndrome can be mild or severe, and only a third of those affected have actual serious symptoms. The most frequent chest abnormalities are associated with the sternum. In more severe Marfan cases, the Pectus Excavatum can worsen respiratory function, especially if other thoracic changes occur. In the absence of orthopedic management with correctors, surgical treatment is the only option, and Pectus Up is one of the methods to choose to treat this pathology.

The Pectus Up is an extrathoracic implant for a minimally invasive correction of Pectus Excavatum that substantially reduces complexity and risks of the surgery, which allows shorter recovery time and very satisfactory results. Dr. Varela, head of the Thoracic Surgery Service at the Hospital Puerta de Hierro Majadahonda, University Hospital Quirónsalud Madrid and Hospital La Luz, has already performed more than a dozen interventions with the Pectus Up, and all of them proved successful.